Places I Have Lived

My school days were spent in Horicon, Wisconsin. The Rock River was my playground. The Horicon Marsh, my first landscape, remains a special place in my heart.

Jeri at the Horicon Marsh, September 2021

I moved to Iowa to attend Cornell College in Mount Vernon, and then taught high school for three years at Scattergood School in West Branch. While living there, I explored that landscape through watercolor. 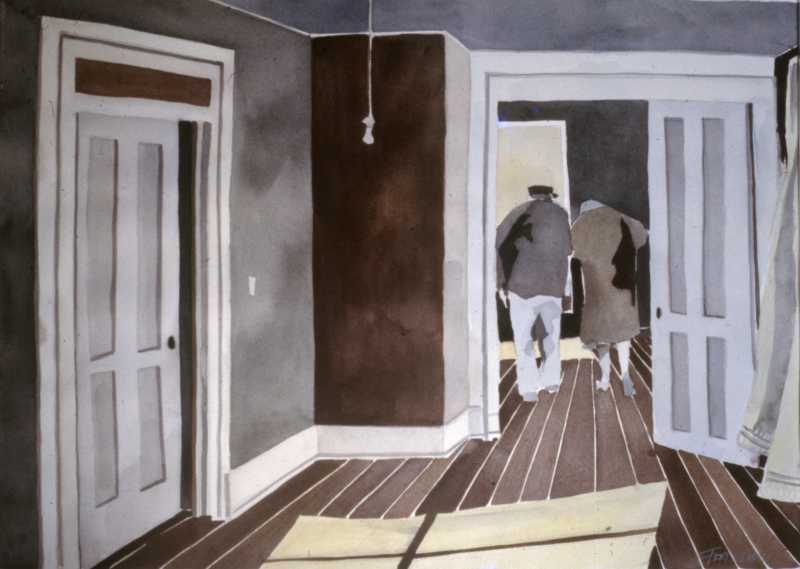 “Walking through the House,” watercolor by Jeri (1977), private collection

Living in Austin, Texas, gave me seventeen years to absorb the colors of Mexico and the Southwest. My husband Jon and our friend Nancy helped me paint this mural for the Austin Chamber of Commerce. 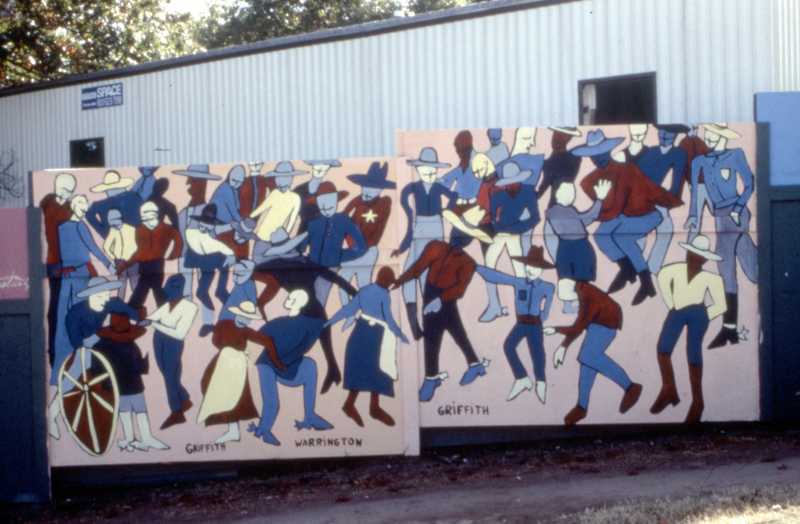 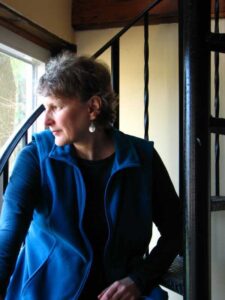 We moved to Vermont on the day after Christmas 2016. I love it here. In this photo, I’ve just reached my 2021 pandemic goal of walking 500 miles in 4 months. 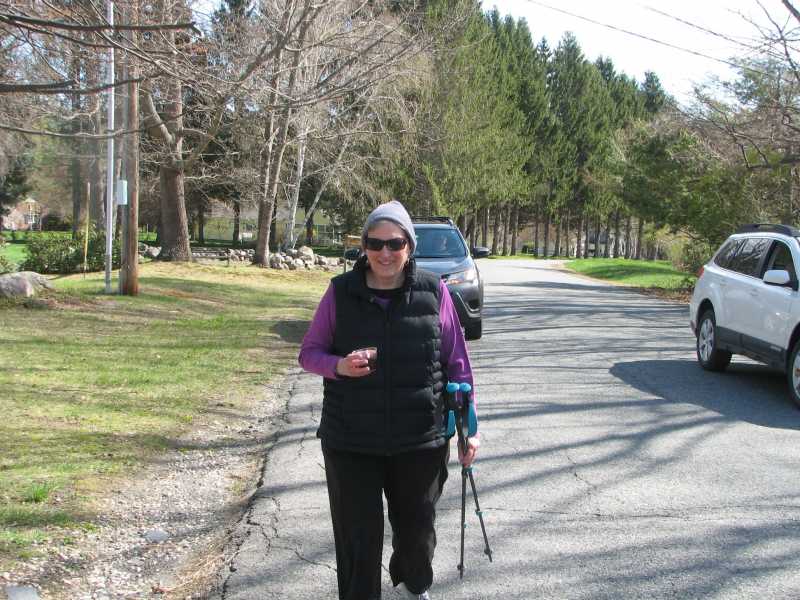 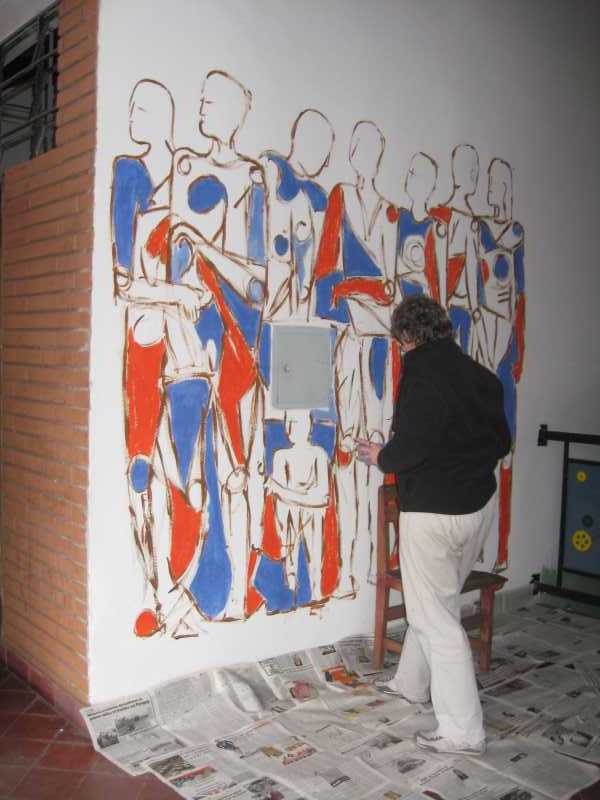 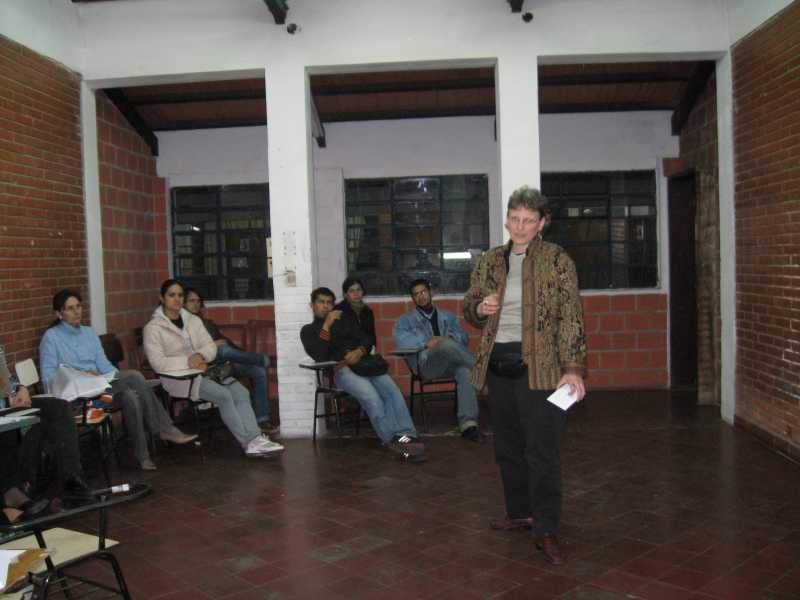 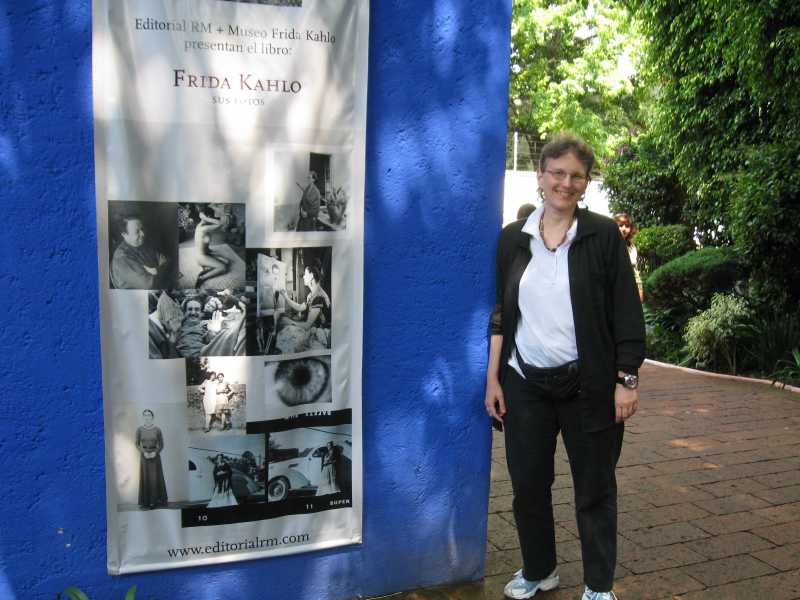 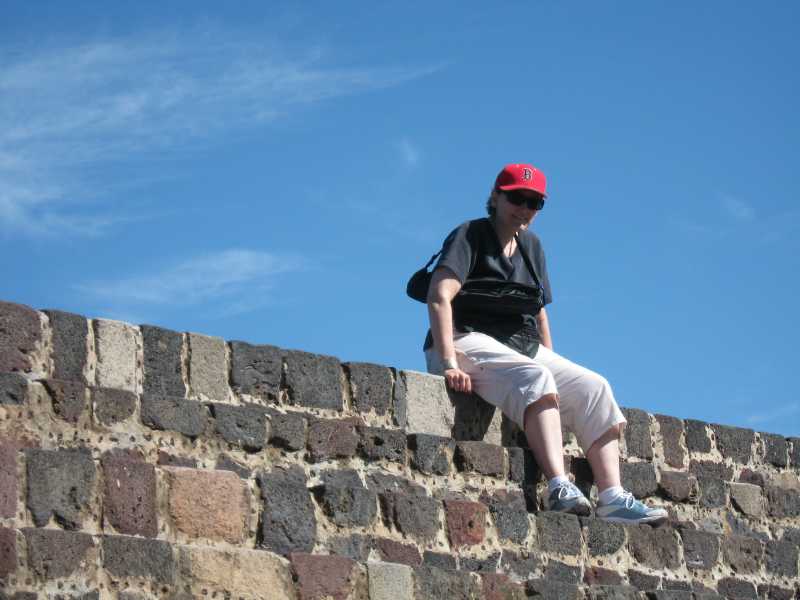 Climbing the pyramids at Teotihuacán 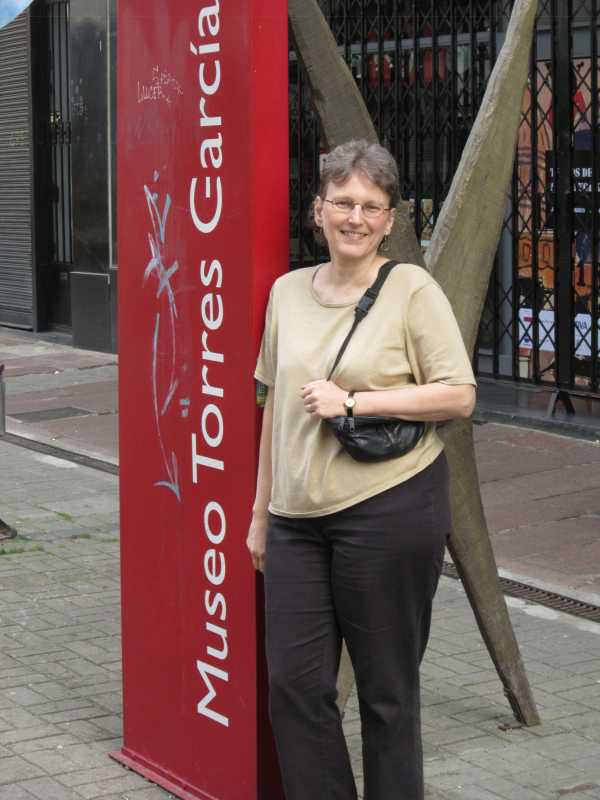 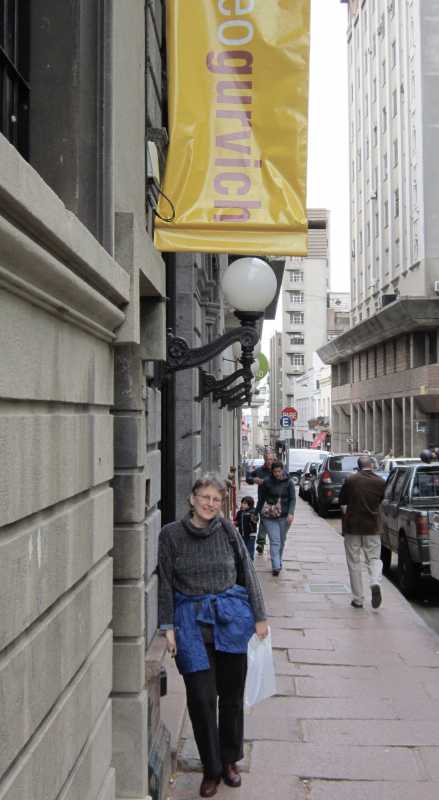 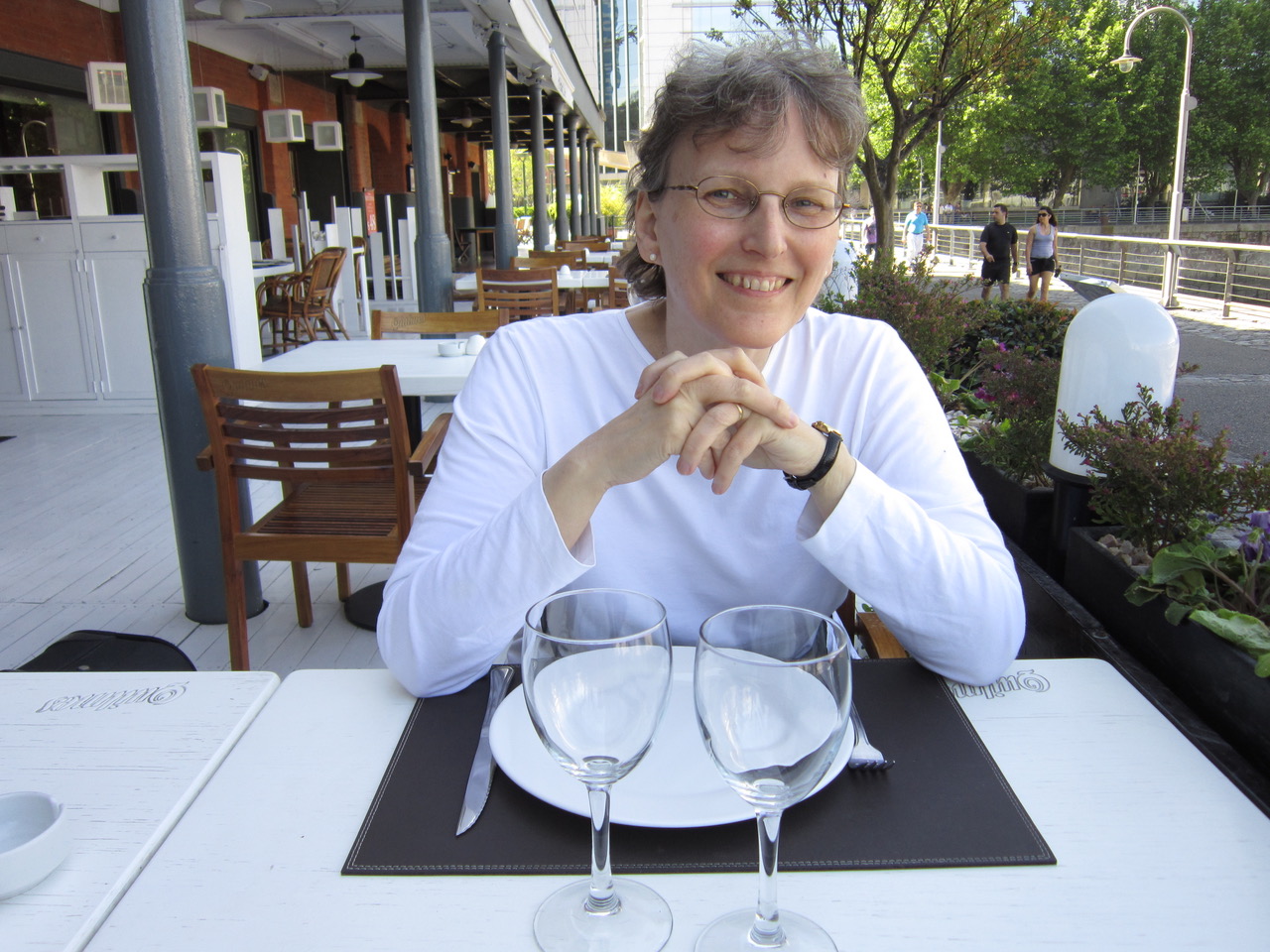 Having lunch at a favorite restaurant across from the yacht club, Buenos Aires, Argentina 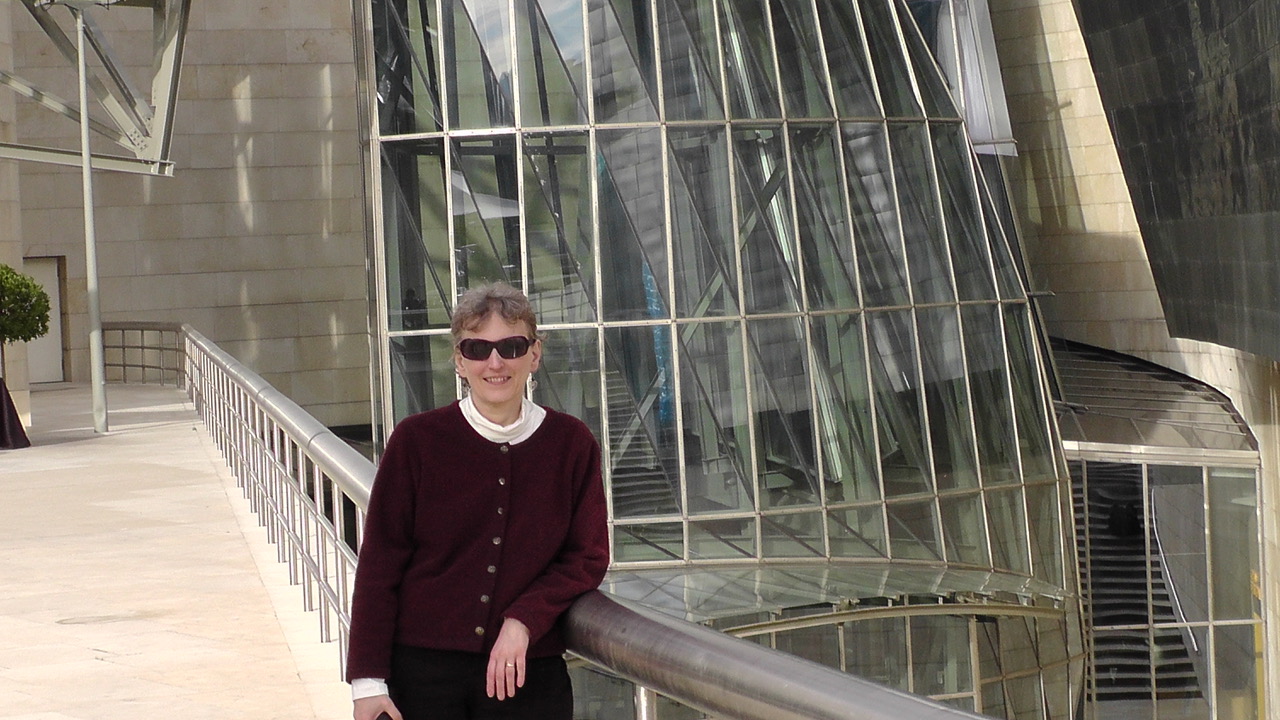 Exploring Guggenheim Bilbao and the art of Eduardo Chillida 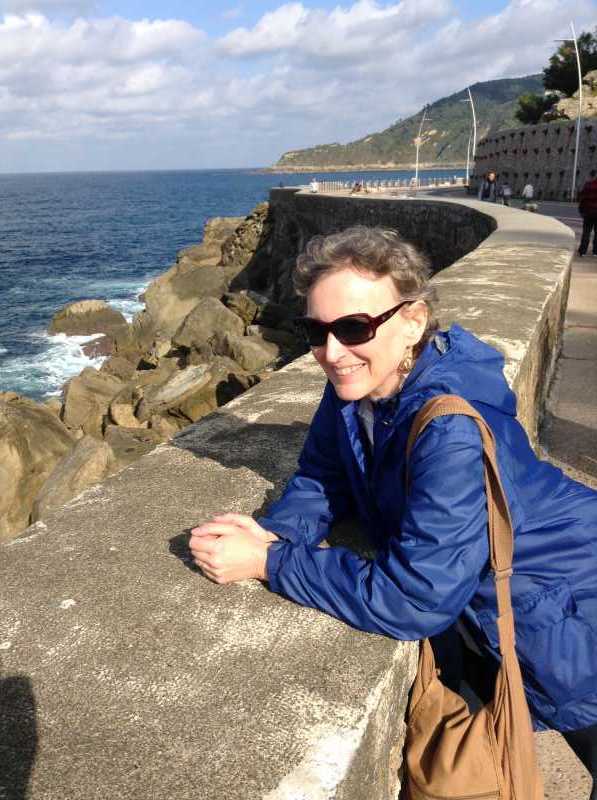 At the seashore in San Sebastián, Spain 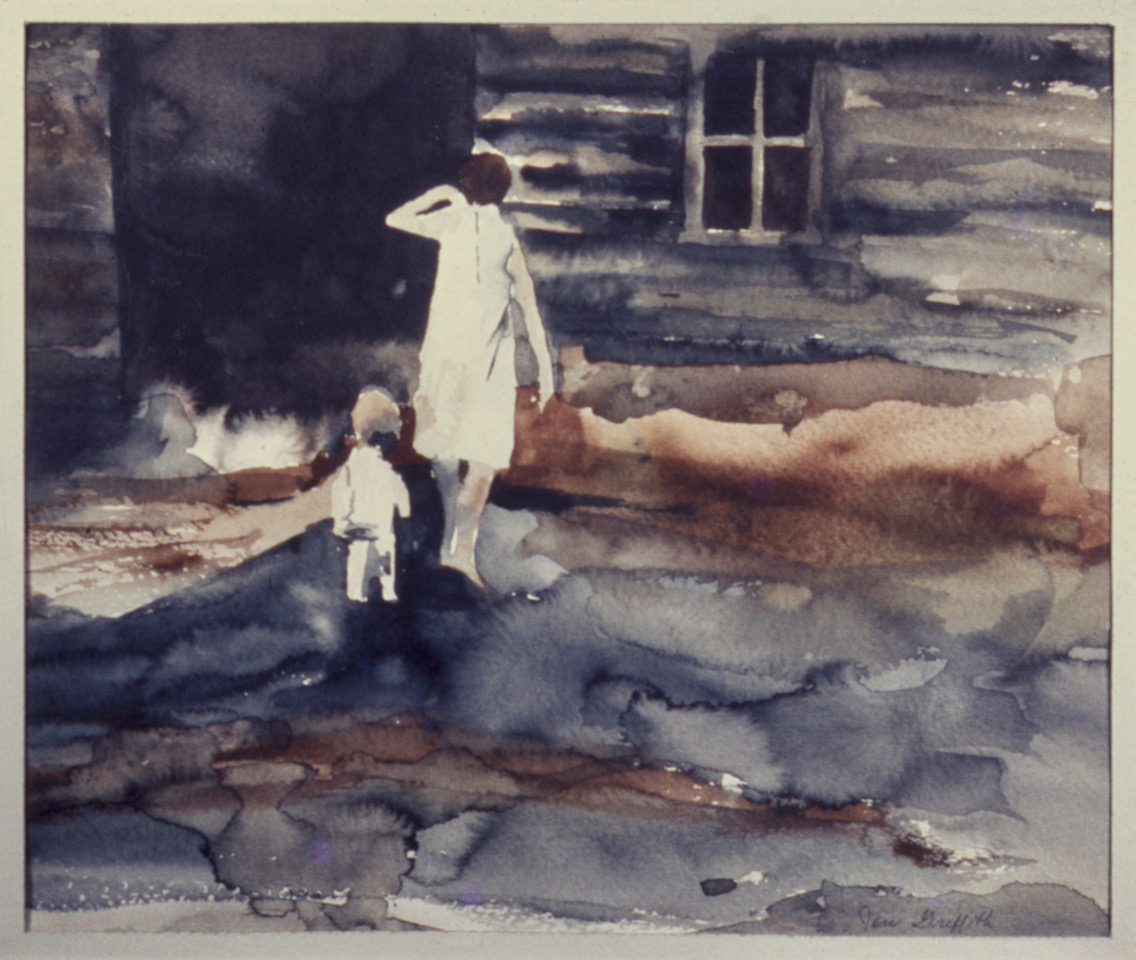 Since 1975, my paintings have been featured in juried shows at art centers, museums, and galleries. In those early years, I also taught high school, worked for several arts organizations, and served as an educational consultant for the GED. It wasn’t until I turned fifty that I began painting full-time and developed the style that characterizes my work today.

Here is a link for a two-woman show at Factory Mark Gallery in Framingham, MA, in Fall 2019 where paintings from my Relationship series were displayed.

I published my first piece of creative nonfiction in 1991. After moving to Vermont, I focused more on writing and now have more than twenty pieces published in literary quarterlies and small magazines. In 2020, my short film Hunting Arrowsheads with My Father was featured in the Wisconsin Film Festival and the Weyauwega International Film Festival. The film is forthcoming in the Wildwood Film Festival.